How much do people binge drink in Great Britain?

Young adults are commonly associated with binge drinking in the media. However, the latest data about their relationship with alcohol might surprise you, as might the location of the teetotal capital of Great Britain. Here are 5 facts about drinking habits in Great Britain between 2005 and 2013. 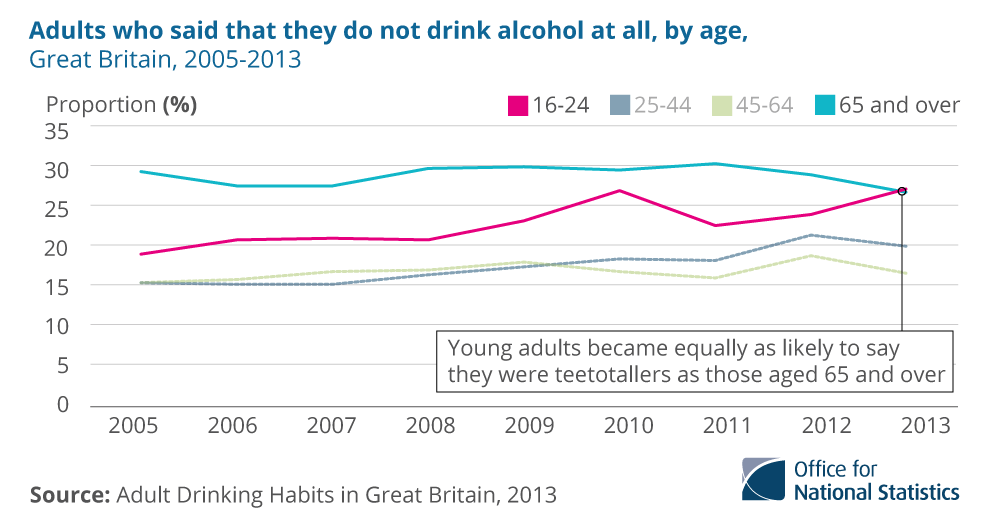 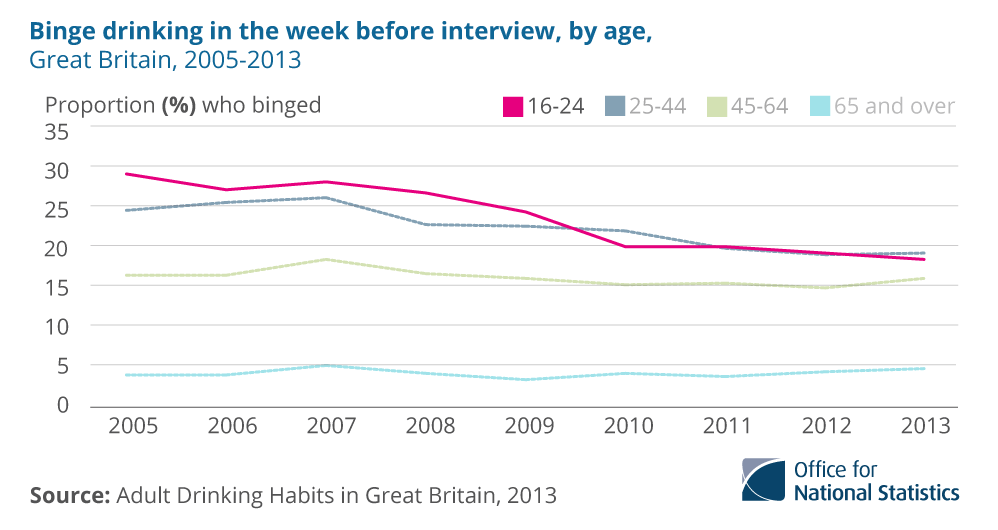 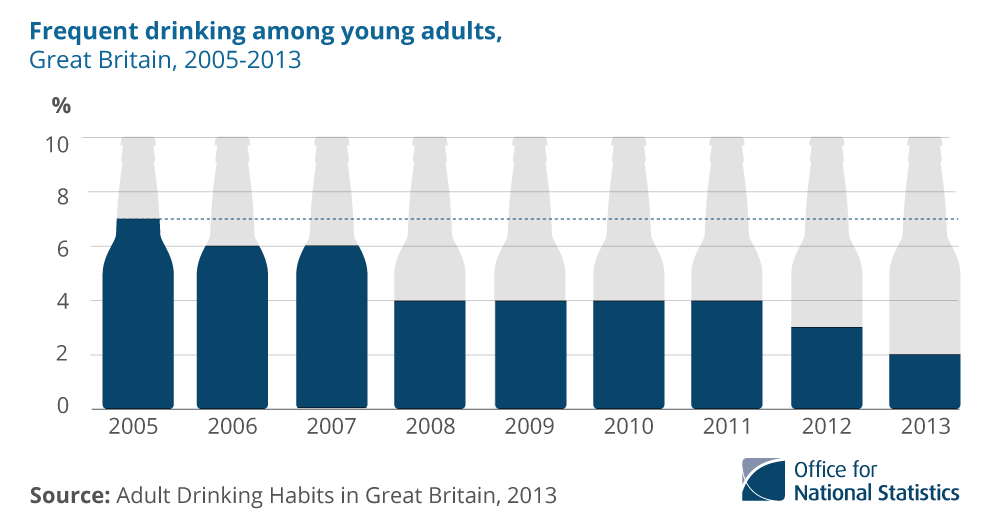 4. Almost a third of adults in London (32%) said that they do not drink alcohol at all. This was considerably higher than any other region of Great Britain. 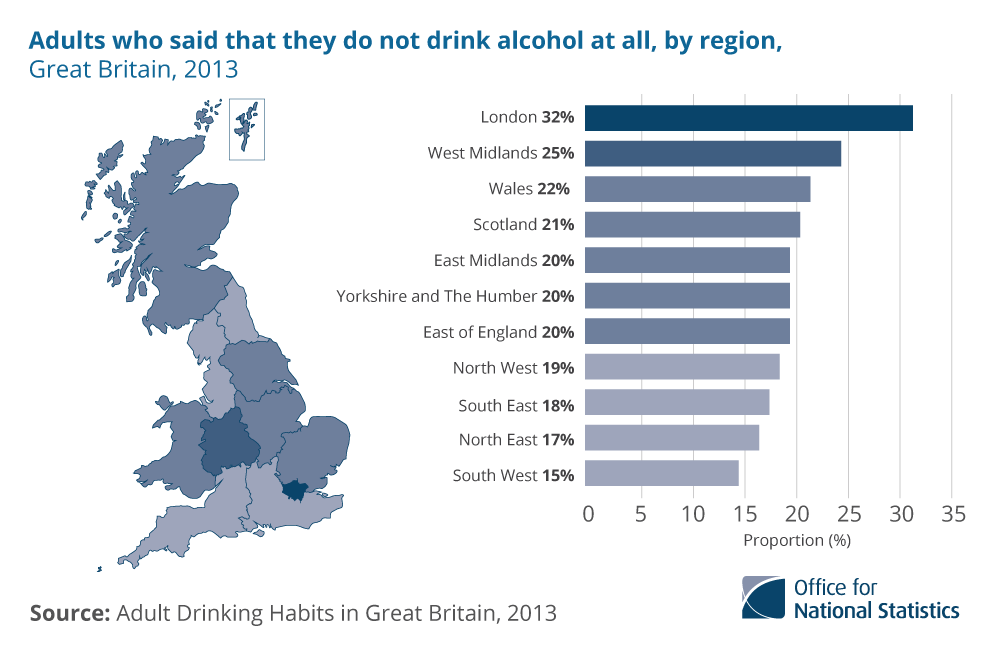 5. Around a third of adults in Scotland and the north of England, who drank in the previous week, had binged at least once, compared with less than a quarter of those in other parts of Great Britain.